The boxelder is native to the Chicago region, making it very cold-hardy. While its aggressive self-seeding and vulnerability to boxelder bugs makes it an unattractive option for most homeowners, it does hold some appeal thanks to its beauty and usefulness in creating furniture and ornamental objects. Boxelders are fast-growing and short-lived, with green, compound leaves and a pale gray trunk. Thriving as far north as Canada and as far south as Guatemala, boxelders are sometimes considered a “weedy species,” even in their native areas. If an unwanted boxelder has grown on your property, J & S Tree Services can help remove it.

One of the most common types of fungal diseases, Veriticillium wilt attacks more than 300 species of tree. Symptoms include sudden wilting of leaves, followed by yellowing, and finally browning, as well as extensive external streaking of the outer sapwood. Pruning of dead and dying branches can help save the tree for as long as possible.

Also known as “canker,” anthracnose is a disease that causes tan to black blotches on leaves. The infected areas often grow outward, causing larger patches and a burnt appearance. The disease is more common during rainy periods, when it may cause widespread defoliation. Control and prevention consists mostly of the application of fungicides during times of high humidity.

Powdery mildew can be caused by more than 1,000 species of guni. Although seldom a serious problem, powdery mildew can give boxelders an unattractive appearance. Commonly observed in late summer and early autumn, powdery mildew appears as a powdery, gray or white growth on the top surface of leaves. Management consists of removing the affected leaves as soon as they begin to drop off. Although effective, fungicides are seldom required, as powdery mildew is not considered a serious enough disease to justify their use.

Another fungal disease, heart rot attacks the inside of the tree, leading to wood decay. It is generally caused by improper pruning or mechanical damage, which is why it is important to always hire professional arborists for tree trimming services.

Common symptoms of the disease include mushroom-like fungi that form on the trunk. However, as it is the inside of the trunk that is most affected, a tree may be suffering from heart rot without any outward symptoms. There is no effective treatment for heart rot, so prevention is key. The best way to avoid heart rot is to always hire tree service experts for tree trimmings, removals, and storm damage restoration.

Crown gall is caused by the soil-inhabiting bacterium Agrobacterium tumefaciens. The primary symptom is abnormal, tumor-like growths on roots, twigs, and branches. Apart from being unsightly, these galls not only weaken and stunt the growth of the tree, but they can also spread to other susceptible plants. Chemical treatments are not effective, so management is essential. Management strategies include pruning out the infected material, removing the infected trees, and sterilizing the soil. 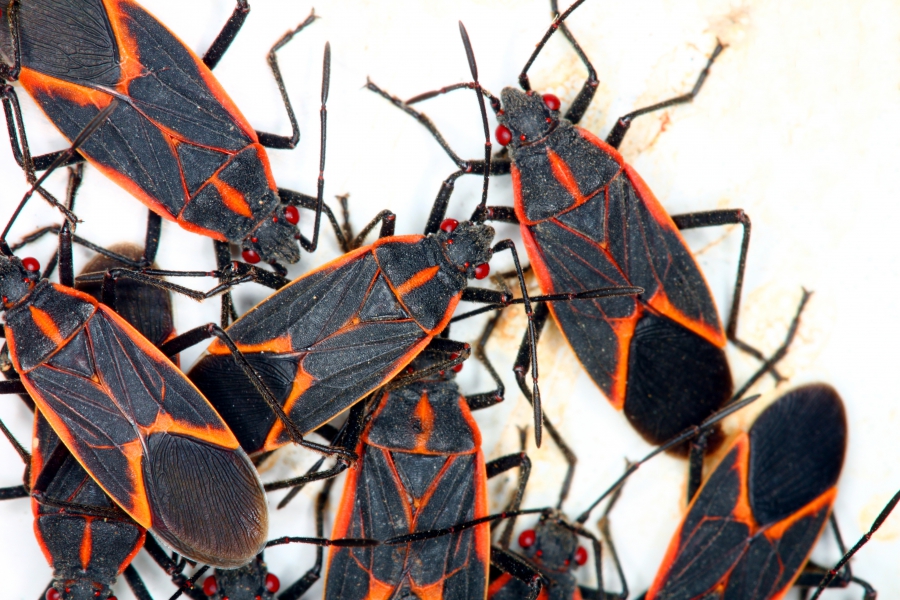 The most notorious boxelder pest, the boxelder bug primarily attacks boxelder trees. They can be identified by their black half-inch bodies, red wing veins, and abdominal markings. Their nymphs are bright red. Although boxelder bugs may cause minor damage to boxelder trees, the main reason why people dislike them is that they seek access to warm places in the winter, making them a household nuisance. Eliminating them can prove difficult, so the best way to avoid infestations is to remove the offending boxelder tree. If that is not possible, then it is advisable for homeowners to seal all crevices around windows, doors, and building foundations.

J & S Tree Service is here for all of your boxelder needs, including disease treatment and prevention, and problems with boxelder bugs. We are bonded, licensed, and fully insured to provide a variety of tree services, including full and partial tree removal, tree trimming, stump removal, stump grinding, commercial tree removal, and storm damage restoration. We are proud to serve Chicagoland, including Addison, Hinsdale, Naperville, and beyond. Get in touch today for a free estimate.